In order to create a source of drinking water the existing tarn was considerably enlarged with a dam in 1904. During the dam construction some of the navvies rioted damaging buildings in the village, several rioters were shot, one dying the next day.[2]

The dam after repairs and reconstruction in 2010

The dam is almost 400 yards (366 m) long and is concrete cored with slate buttresses, the resulting depth of the tarn being around 80 feet (24 m). Water is not abstracted directly from the tarn, but flows some distance downriver to an off-take weir.

Petition against plan to retrain salving

Mines first appeared in the Duddon Valley around 1235, charcoal burning started in the valley in the 13 hundreds which must have supplied the couple of forges operating by at least the 1500â€™s. The blacksmiths worked the iron and copper mined in the valley.

From the 1890s it was employing 12 men who appeared to live in the small collection of cottages at the different levels. 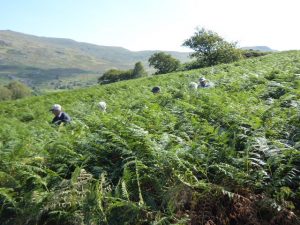 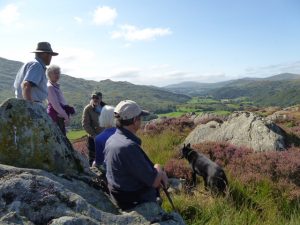 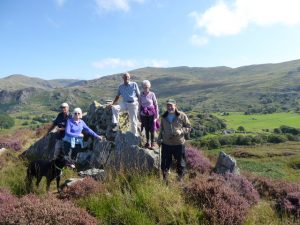 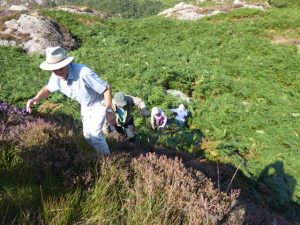